Five things that blew our minds at Dezeen Day 2019

The first ever Dezeen Day took place on 30 October at the BFI London with 450 delegates gathering to hear from some of the most influential forces setting the agenda for the future of design. DMC client, GROHE, headline sponsored the event which may come as no surprise when one of the key themes that tied the event together was sustainability. The (sometimes heated!) discussions explored every inch of the environment debate, encouraging the audience to consider many different perspectives. Here are some moments that stood out for us. 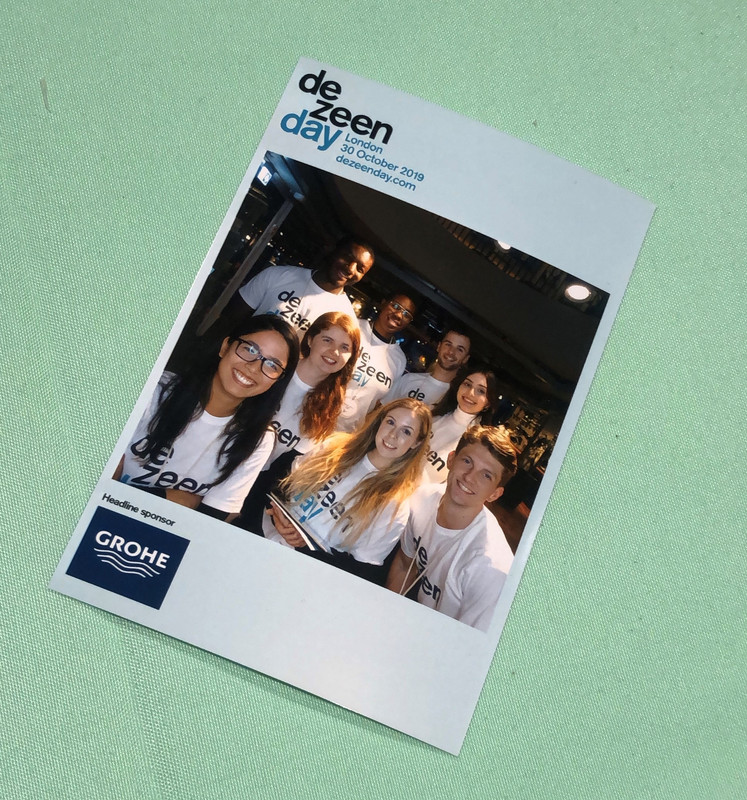 1. Textiles can be made from used toilet paper

The Netherlands is forward-thinking in many ways but could reusing sewage waste be a step too far? One water company is so ahead of the curve it actually approached eco-textile designer Nienke Hoogvliet to collaborate and produce materials from recycled toilet paper. The insight was shared during one of the talks on post-plastic materials as an alternative, commercially-viable textile option.

Speculative architect and filmmaker Liam Young flew in from LA to narrate his hypnotic, sci-fi film on the buildings of the future. The film showed us a digital-urban world of the future in which an entire population of 7 billion fits into a built-up city the size of Tokyo. Liam expressed the possibilities for architects outside of designing real life buildings if they applied their skills in other industries such as film and gaming.

3. With enough will and determination, you can ‘make your own masters’ degree in the creative sector.

That’s exactly what Stacie Woolsey did. She decided to forgo the tens of thousands of debt and instead proactively reached out to the names she admired most in the industry to learn from them and ultimately create her own syllabus. Our favourite part – at the end of her studies she had the opportunity to get the course recognised as an official degree by a higher educational institute but decided not to so she could stay true to the philosophy that it is possible to MYOM (make your own masters).

4. AI is coming to a wall near you

Whether it was the AI photo booth following the Grohe team round all day or the conversation about living walls, we definitely had the feeling that the machines were coming to take over. Experimental architect Rachel Armstrong compounded this with her research on future cities and buildings that may one day be made of materials  that have the properties of natural systems. The panel discussion was literally on another level and we highly recommend Rachel’s Ted Talk on the topic for a more in depth look.

Dezeen Day closed with key note speech that included the findings of a delightful synthetic biology art project. With the purpose of questioning why humans are always striving for better instead or appreciating nature as it is, Ginsberg shared an experiment in which scientists recreated the scents of now extinct flowers by analysing and rebuilding their DNA.